We are open and still delivering our services during this turbulent time. Read our announcement. 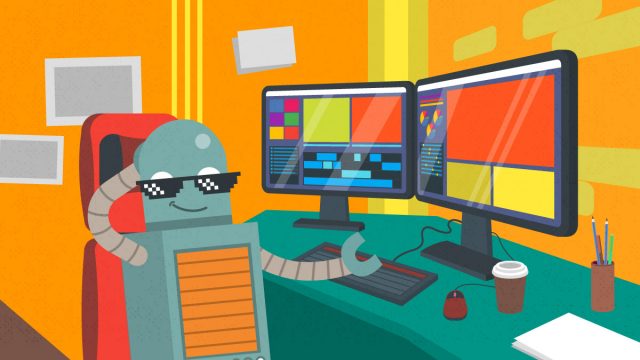 Phone cameras are getting better by the year, and now you can film things for marketing materials on-the-go. But you probably know that just using a raw clip is not enough in today’s video marketing standard.

Filming is only half of the battle, and the other half is editing your clips to make a video that has both aesthetic and story. As with filming great footage, editing requires you to have the creativity and technical understanding of the editing tool you use.

In this blog, you’ll learn about how you can edit those clips into a professional level video and plus the tools you can use to do it.

The first thing you need to do is get to know which software you are going to use. Because one way or the other, if you’re going to edit your videos, you need to know your way around the video editing tool you use.

There are a plethora of video editing software, free or paid, that you can use to edit your videos. We’re going to talk about a few of them a little bit to help you get the gist of these softwares. Going over them is a topic big enough for an entire article.

To make it simpler for you, I’m going to assume that you’re either using Windows or Mac. There are only two tools that you should consider.

Adobe Premiere Pro CC
Premiere Pro is arguably the best video editing software for Windows PC. It has most features you’re going to need from adding a simple text overlay to multi-cam and 3D editing. There is no video track limit with Premiere Pro, which means you can dump as many clips as you want to your library.

Final Cut Pro X
If you’re an Apple user, this tool is likely to be a better choice for you than Premiere Pro CC. Final Cut Pro can seamlessly integrate with other Apple devices, so you can easily access your iTunes and photos while editing your clips.

Aside from being more optimized for Apple devices, there are a couple of features that make Final Cut Pro a great editing software. For example, its intelligent color balancing is perfect for non-professional editors to make an aesthetically pleasing video.

Just in case you want to try out other video editing tools aside from those two, this handy table from Filmora Blog should be useful for you.

Related: Check out our complete list of Video Marketing Tools for 2019 to see more options for video editing tools.

Prepping the Assets for Your Video

In order to make your video editing process all the more effective, you should have all the assets you need preparing beforehand.

However, there’s a rule of thumb that you should keep in mind while producing and editing your own marketing video: Film More Than What You Need.

A lot of filmmakers shoot hundreds of footage even though they’re only planning to make a 10-minute video. They do it because they know they’re not going to like most of the footage they shoot. In addition to that, the availability of extra footage could help them become more creative with the way they edit their videos.

These are several things (other than the clips, of course) that you’ll probably need to make a video that looks professional for your business. Let’s talk about a few of them real quick.

Editing Your Video to a Professional Standard

Now that you have everything you need already prepared, it’s time to start putting together your marketing video like the pro you are.

First thing’s first, no matter what software you use, you’ll have to make a new project import the clips you’re going to use. This step is pretty basic, as long as you’re computer literate, you should be able to do this.

Software like Adobe Premiere Pro CC allows you to add as many clips as you want, basically unlimited. However, some free software might be more limiting in terms of how much space you can use within a project.

Pro tip: It’s always a good practice to watch your footage a few times to make sure that they are good enough to be included in your video.

Remember, if you’re making a video for your company, it has to look professional and well-polished. Having a low-quality clip, both in terms of resolution and message, could impact your brand negatively.

Organize Your Footage to Tell a Story

The next step is organizing the clips you’ve shot and imported to create an enjoyable story. It’s okay to drop the shots that you think aren’t good enough to be included in the video.

Depending on the software you’re using, your shots are usually arranged by the order you import them. Move around your shots, or name them accordingly (e.g. Intro, Outro, Filler, etc.) to make it easier to tell apart which clip is which.

Modern video editing software like Final Cut Pro and Adobe Premiere Pro usually have a ‘timeline’ that allows you to put marks in certain points of your video. Use this feature to pinpoint exact frames that you want to emphasize, where you want to cut your clips, or maybe where you want to add transition or effects. 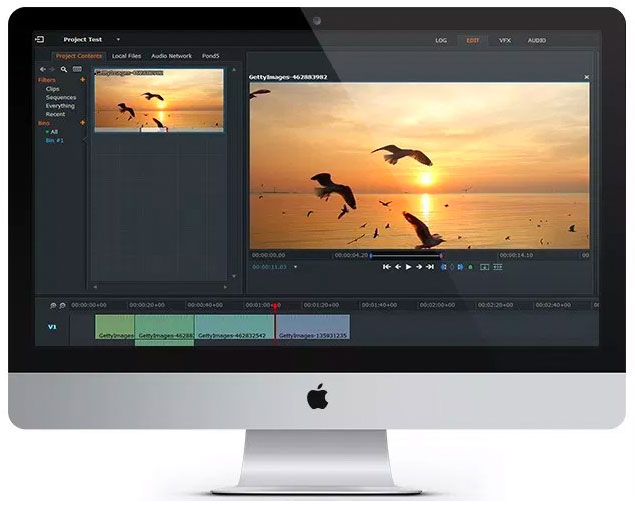 Start Cutting and Assembling Your Videos

Once you’re done marking important frames, it’s time to start putting your videos together. This step is simply about cutting and ‘sewing’ clips together to tell an engaging story that’ll keep viewers glued to your video.

This is where the timeline we were talking about earlier come to play. The timeline is exactly what it sounds like; it’s a long line that indicates where your video starts and ends. You can move your clips around to make a better arrangement.

Once you’ve managed to make a story emerge from the clips you’ve shot, it’s time to make everything more concise and to the point. Because whether you realize it or not, your video is still too fluffy.

This part is where you make sure that every frame in the video serves a purpose. Like what Marie Kondo says, if the frame doesn’t spark joy, throw it out. 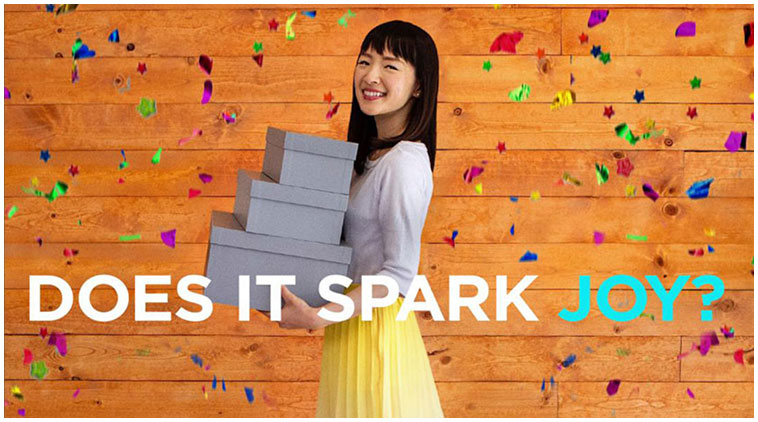 Add Transitions to Your Video

Once you feel that everything is cut down to only the necessary, it’s time to spice up your video with some cool transitions.

Now when I say cool, I don’t mean exaggerated transitions like the ones you see in tacky TV commercials. We both know that your brand is more than that.

Simple transitions like swipe, fade, and even jump-cuts should be enough as long as you put them in the right places. Each transition effect creates a different mood for your video, so try them out one by one and see which one works better to be the bridge between scenes.

If you’re feeling extra creative, you can play around with your shots to make jaw-dropping transitions like this: 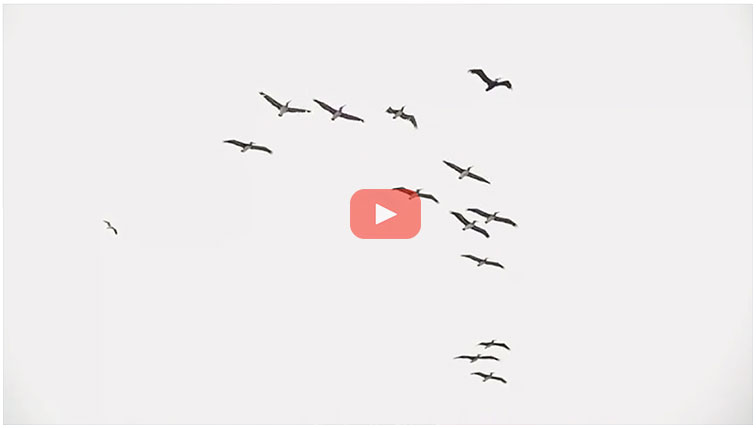 Now that your timeline’s clean, your story’s trimmed, and your transitions are done, it’s time to do the final touch-ups to make your video more effective.

In order to make your video look professional, you can’t skimp on the visual aesthetic department. The color palette, shot compositions, and framing are skills that you can’t master instantaneously.

In the meantime, the videos that you just put together will have to do the job. Filters and color grading are your best friends in touching up your final video.

Sounds are an important factor in shaping the mood of your video. That said, having background music that is too dominant could be pulling away from the overall message of your video rather than amplifying it.

Here at Breadnbeyond, we always use a subtle undertone as the background whenever we make explainer videos on something technical. We do this to make sure that the music doesn’t distract the viewer from the main subject.

Pro tip: use intro and outro tracks as, for lack of better words, the bookends for your video. Doing this gives off a clear message when your video begins and ends. Plus, it makes the video feels more complete.

Rendering, Exporting, and Publishing Your Video

Now that you’ve finished touching up your video, it’s time to output it. Depending on the technical specification of your videos (e.g. resolutions, framerate, and amount of edits you put to it) and the computer you’re using (CPU speed, GPU speed, and RAM capacity) rendering could take anywhere from minutes to hours.

So, to be safe, don’t start editing your videos too close to the deadline. After it’s finished rendering, you can export the video to consumable formats like .mp4, .avi, or .mkv. Once that’s done, you can publish them to your preferred marketing channel.

Related: Check out our article on The Best Video Marketing Channel For Your Brand

It Takes Time, but You’ll Get There

Editing videos, especially for non-professional and non-tech savvy people, could be a real challenge. Not only does it take time to get used to the technical know-how for the editing tools, but the video shooting itself also has a learning curve that’s not easy to conquer.

However, if you’re doing your video, chances are you’re running a startup or a small-scale business. You probably have to deal with the marketing strategies, meetings with clients, project revisions, and budget allocations. At the end of the day, you’ll have a full-course headache.

Do consider hiring professional video editors like Breadnbeyond to free yourself from all the hassle. We know the technical stuff, we know how to make videos, and you have the brain to point us where to go.

Interested in creating a stunning explainer video for your company! Let us do all the backbreaking works and deliver the professional-looking one to you. Check our packages on the banner below and get a FREE consultation.