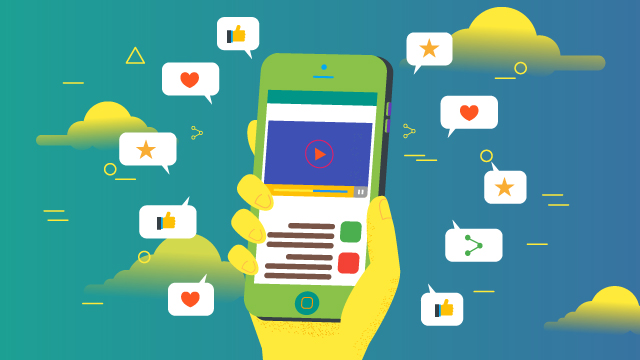 Human fails, pet fails, and some random dad who’s dragging his daughter through an airport. These are just among the odd themes of videos that have gone “viral.” Apparently, most were just accidents. They had no intended purpose of spreading like wildfire among today’s social networks at all.

Yet, as marketers in each of our own niches, we covet the fame these seemingly raw videos have achieved.

So, can we actually, purposefully and strategically make a video go viral, and, for marketing purposes?

Well, with the current success of Buzzfeed and all other viral video marketers, it appears we can. But how?

If you want to achieve the same, then read on to find out how to make a viral video below!

What is a Viral Video?

According to recent research, a video is said to have gone viral if it has rapidly spread by the frequent sharing of individuals over the internet. Primarily, they spread through social sites.

Think of Buzzfeed’s Tasty food videos. You can easily encounter these mouthwatering clips on Facebook these days. Most of them would even garner millions of views and thousands of shares.

Sometimes, unsuspecting users also upload unedited clips of their everyday life. These could go viral as well! Think of the all-time viral line, “Charlie bit me!” from the video of baby Charlie, biting the finger of his older brother – and then both laughing!

Well, family flicks such as these could easily land a YouTuber some unexpected fame. As expected, marketers all over the world crave for their multimedia content to be as popular. Of course, it could translate to heaps of income!

If you’re a marketer, social videos can make up to 50% of your annual revenue. This is what Buzzfeed achieved through its addictive and viral Tasty videos. You could say Tasty has mastered the art of social publishing!

Outside of food, many other viral video campaigns out there have had massive success rates. Some used humor, while others were clearly tear-jerking. Still, others used the irresistible cuteness of cats.

But what really is the magic formula? Or is there?

Predicting “virality” remains a scientific challenge in the era of big data. Nonetheless, we can deduce universal principles from these so-called “viral” videos.

Consumers nowadays are already bombarded with a ton of media wherever they look. You would want to break through that noise and catch your audience’s attention with a striking video. So, keep it short!

Most viral videos nowadays go for one-and-a-half to five minutes. So, while keeping your video short, be sure to send your message across and tap deep into your viewer’s feelings!

Focus on Sending One Message

You see, succinct content actually works wonders. If you send several messages, it might confuse your viewers, or worse, bore them! That could mean a half-viewed video and getting no shares at all.

So, it’s best to focus on only one message. It makes the video clearer and more share-worthy. Moreover, it allows you to put a specific call to action by the end of the video.

Hilarious videos can get repeatedly shared without effort. Of course, not everything needs to be extremely funny just to get viral. Heartwarming and touching videos – such as that of the GoPro fireman who rescued a kitty – worked pretty well, too. It was genuine.

Meanwhile, some viral videos evoke a positive change of action or mindset. One great example is Always’ #LikeAGirl video. It had such a strong social impact on promoting gender inclusiveness! Its emotional connection to each viewer has even generated over 67 million views.

While you are to focus on only one message, it doesn’t mean you have to leave out the crucial details. If it’s a so-so video, no one would think it’s shareable. But, if it’s filled with chock full of goodness, your audience will most likely share it to no end!

So, you need to nurture the attitude of giving. By doing so, you’ll be building a reputation for providing value. Your viewers will eventually keep coming back for it!

Your Aim Should Be Brand Awareness

No one likes attention seekers when they’re being just that — seeking attention. Admit it or not, consumers are consumers. They want to be engaged. But they’re also getting smarter. They will know if you’re purposely being commercial.

In short, make sure your videos aren’t promotional. If you want it to be, don’t make it obvious – subtlety is key!

So, take a step back and see your proposed video as if you’re a consumer. Wouldn’t you prefer to watch a story unfold rather than see a brand logo continually screaming at your face?

In your video, just tell a story. Then, while being subtle, paint a positive picture of your brand. It’s enough for your target audience to be aware. Your soon-to-be viral video will do the work of maximizing your exposure.

According to recent statistics, more people view videos on their mobile devices than on a desktop. So, if you wish to drive the quickest number of shares, it’s best to prepare them in responsive formats.

In other words, your video needs to step up to cater to all viewing devices!

It’s not only necessary to use proper video formats to get the most extensive reach. It’s also ideal for optimizing your videos for social media platforms. Think of Facebook videos, which viewers tend to watch without sound. That means you might need to use subtitles or closed captions.

Furthermore, it always helps to be more technical about promoting your video. Avoid leaving everything to pure luck! Yes, we’re talking about shaking hands with search engines here. You need to be doing SEO (search engine optimization), too!

That means you have to add clear CTAs (calls-to-action) by the end of the video. For instance, you’d want to invite the viewer to hit like and subscribe. It would be great for them to share the video, as well.

Also, let’s talk about ranking higher in searches. Think about targeting the perfect audience for your niche. In that case, you need to add the most useful meta descriptions and tags. Be utterly descriptive. Make sure you’re using the optimal keywords for your audience of choice!

If your video doesn’t grab a viewer’s attention in the first few seconds, by all means, edit it!

But what about making it catchy even before it starts to play? Yes, we’re talking about optimizing your thumbnail images and headlines.

To optimize your thumbnail images, pick a shot that summarizes what your video is all about. Make sure it’s enough to ignite curiosity. Surely, there’s a sweet spot between those two factors.

Also, forget about using text for thumbnails! In some devices, they can get blurry and hence, difficult to read!

Along with thumbnails, headlines should draw your target audience to your video. Remember that a viral video sparks the right emotions, so be sure to start off with the title itself!

To do that, make your headlines inviting. You have to create expectations in the mind of your viewer. If you want them to laugh, let the title send the initial ticklish signal! If they want something meaningful, then make the title deep and emotional.

Now once you’ve created those expectations with your catchy titles, be sure to meet them in the actual video!

Think your work is done after publishing your first experimental video? Think again!

Once you’ve hit “publish,” it’s actually time to throw yourself into the next phase: studying – again. This time, though, you need to pay attention to how your target audience is receiving your video.

Just keep in mind that your first few videos might not hit viral status. That’s okay. You can certainly tweak your future videos according to the first one’s stats.

One thing you can do is to exceed your audience’s expectations in your succeeding videos. You can do so by implementing the insights you’ve learned from the first experimental ones. Check out the comments and see the stats. Find out the demographics with which the videos appealed the most.

Then, use these numbers to develop a full-proof viral video marketing plan!

Finally, once you’ve wrapped your head around the above principles, learn to manage your expectations. Reconsider them reasonably with the mindset of your target audience!

This means you have to keep straying out of the norm. Remember that viral tendencies can change from time to time. You just have to create an extraordinary storyboard for your topic of choice. Then, stay unique!

Going viral, after all, is the result of a strategy. It’s a magic combination of elements that tickle the right bone and ignite an innocent laugh. It’s also about touching millions of hearts. It’s reaching out to your viewers’ inner sense of human dignity. In short, it’s about being epidemic, but in a positive way.

So, go, catch some fire. Big names in the industry might even feature your video once it gets viral.

Ready to start brainstorming for that most elusive viral video? Explainer videos have got your covered! At Breadnbeyond, we offer a wide range of animated explainer video packages that are tailored to leverage your next campaign. Click on the banner below!