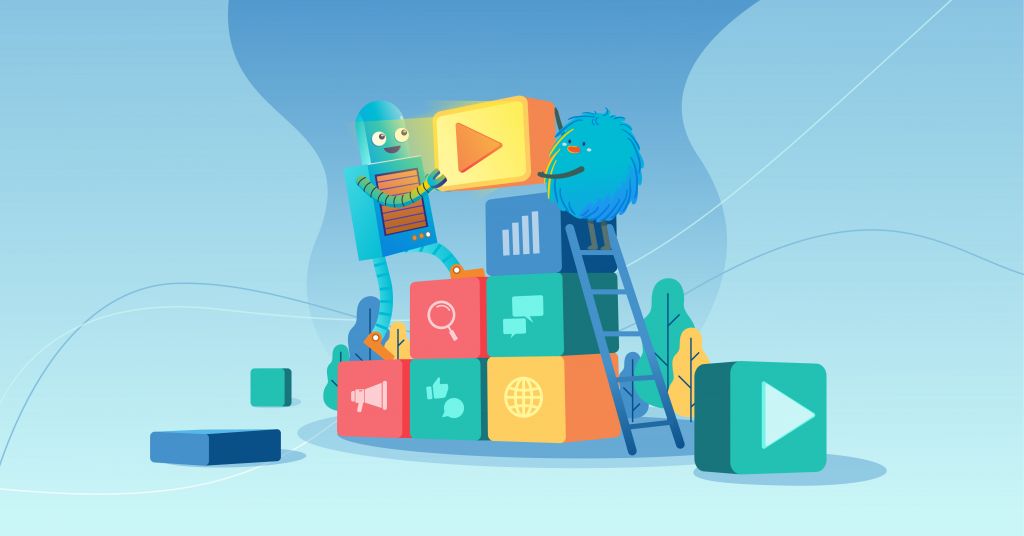 You’ve gathered a team of computer engineers from MIT to develop software for your SaaS.

They are highly skilled, and they develop a functional, smooth and gorgeous software for you.

But once your software launches, the crowd isn’t cheering for you. There isn’t even a single pair of hands clapping to welcome your software to the market.

And you’re wondering… why is nobody signing up for my software?

Because nobody really understand how it works, what it does, and what good it will do should one decide to use it.

That’s the dilemma of being a SaaS (Software as a service) company. You may have the best software on the market but nobody uses it, because they have no idea what your software actually does.

You have to explain it to your audience. Otherwise, they will hesitate to even give it a try. Or worse, they won’t even know it exists.

That’s where a SAAS explainer video functions as a bridge between you and your audience. Some of you might called it customer onboarding videos. Show them the bridge and they’ll cross it on their own.

Why? That’s precisely what you’re going to learn in this post.

As a SaaS company, not everyone is familiar with how your software products work or why they would need your software in the first place.

Even if the concept of your software has been used times before by other existing SaaS companies, you must have several features to make your software better than your competitors’.

You need to tell your audience about these features. Unfortunately for you, they don’t speak software developers’ language.

Explainer videos use casual language that’s easier for most people to understand, instead of the technical jargon you likely use when talking to fellow developers.

Thus, it’s the bridge that connects your company to your audience (who presumably doesn’t understand your lingo).

Generally, people tend to avoid any kind of advertising video. As soon as that “skip this ad” button appears on YouTube, they click it. (I know you do, too.)

Compared to common marketing, which usually only brags about how good a product or service is, explainer videos are more informative and valuable.

An explainer for a SaaS company should have fundamental information about the software so that whoever watches it will have an adequate understanding of the software.

Consider a tutorial SaaS video, or simply an explanation on why the audience will need a particular product or service. These kinds of videos provide more value to your audience, even though in fact, they are promotional content.

For example, take a look at this explainer video that explains depression and provides a strategy to help you cope with it, in under 2 minutes:

Not only will they give a sprinkle of color to your previously dull-looking fanpages, they will also leave a positive impression about your apps and contribute to your website SEO.

In order to get the most out of YouTube’s potential, you might want to check out our quick YouTube thumbnail tips article.

You need to be wary, though. Sharing your video with the wrong crowd may cause adverse effects for your company.

Check out our DIY social media sharing tricks for more insight on this.

SaaS users want to know why they should use your software and how to do so.

SaaS companies are usually innovative and tend to create new or unusual concepts for their software products.

For this very reason, a video is highly favorable in comparison to explanatory texts.

Consider that researchers have proven that 90 percent of the information our brains pick up is visual. It’s because the human brain is hardwired to process visual information 60 thousand times faster than text.

Research has also proven that video improves learning results. If video is not the most viable and effective way to introduce a new concept to the public, I don’t know what is.

To SaaS companies that emerge with a new and innovative concept for software, an explainer is the cornerstone for pitching their software to the market.

Let’s take NextGlass as an example. They developed an app that can tell you which brand of wine you should try next.

Explaining that concept would be a little bit complicated, don’t you think? But try watching this video:

Much easier to digest, right?

As easy and casual as it may sound, producing a SAAS explainer video (particularly like the animated one above) isn’t a cakewalk. You still have to decide which animation style is suitable for your concept, and whether or not you have forbidden content in your video.

4. It Helps Your SEO Purposes and Online Presence

As a SaaS company, you’ve got to have a strong online presence.

Video is crucial in determining your website’s ranking in search engines. Your video’s thumbnail being present in search engine results is more likely to get people’s attention.

Search Engine Watch, in one of their articles: The Rise of Video, puts videos as:

Evidence of quality content, and as part of a media mix on a site, it helps send signals to search engines that your page or site contains rich media relevant to search requests.

According to research by Blue Nile Research, 80% of the top volume keywords now have rich media in their search results.

In short, SaaS video lures in more views and clicks to your domain, making it stronger in terms of ranking and authority.

As always, some people are professional article skimmers. So here it goes:

Enhance your SaaS company’s video marketing campaign with explainer videos! Breadnbeyond can help you create the well-crafted ones. Check out our video packages on the banner below and get a FREE consultation with us today.