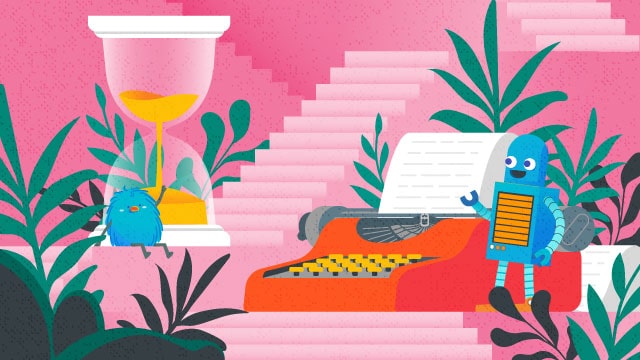 That question has been the most submitted question on our website for many years.

This year we updated this article yet again to keep our answer as up-to-date as possible.

If you are in search of information on voiceovers, this is the right place for you.

This question is usually asked at the early stages of a project when a client is about to write a draft of a script, as they’re looking for general guidelines about what to say in the video and how to address the topic.

The problem is clients usually are not familiar with how many voiceover words per minute can be reserved for a 60-second audio or voice recording.

This post will give you insight into precisely that.

With an average reading speed, our voice actors can read  2.5 words per second.

This means that they have a speaking rate of 150 average wpm (spoken words per minute).

Slower reading speeds will result in fewer words, some of our 60-second videos have rates of 150 words in their script, and there are even videos with less than 100 words.

If you want to see examples of our videos, please head to our portfolio page. You can find most of the videos we made there.

These speaking rates are good for a normal presentation; it takes some time for a person to hear and process data, so by increasing your average speaking rate, you actually don’t help your viewers.

Most professional explainer video companies offer an approximate timeframe of up to 4-5 weeks to get a project completely done.

Because every step needs to be carefully crafted, including the voiceover.

Recording voiceover is different from how you speak or how radio DJs and news anchors talk to their listeners.

The main point of a voiceover is to maintain the attention that was first obtained by the visual appeal of an explainer video.

Aside from a charismatic voice to charm people, hundreds of hours of practice are also required to be a top voice actor.

Unlike a professional public speaker, a voice actor has to learn well over 200 tools and resources to be able to optimize the result of their recordings.

A voice actor for explainer videos has to make up for the lack of facial expression with different tones and stresses in words. They have to alter or change their voice to some degree in order to be a different person for different styles of explainer videos.

The script, on the other hand, needs to be able to work in combination with other audio elements (such as music) to help viewers experience the story as portrayed by the visuals.

It’s close to writing a speech for public speakers.

But unlike talking head videos, the challenge for an explainer video script is that there are no facial expressions from the narrator.

That doesn’t mean it will be easier since you can do it while making silly faces, that means it’s even more difficult to convey the message to the audience.

A soothing voice keeps people listening and makes the video easy to remember, while effective copywriting can entice viewers to subscribe to your newsletter or, even better, score customers.

An explainer video script is very much like a letter from a company to its audience.

The difference is that it uses an awful lot of copywriting.

Some degree of SEO knowledge is also involved to write the script as it may increase a web page’s visibility on Google when it’s used as meta text.

Depends on the topic

On top of that, potential subjects for an explainer video are limitless.

They can be about family life, students, online courses, books, school and education, health, games, special edition products, technology, change in an industry — the list goes on.

A scriptwriter needs to do intensive research that can take up an entire day, heck, even a week, depending on the scale of the subject.

I also browse reliable websites as tests for the information I acquire from those communities.

The point I’m trying to make is making a voiceover is not an easy task.

There is practice, a set of skills, and a process involved.

An overall great measure of the voice actor and script writer’s capability in their field.

Anyway, based on our empirical data, the scripts for 60-second explainer videos range between 140 words and 150 words in length. The variation in word count is caused by a number of factors, such as:

But if you really want to squeeze more in that 60-second voiceover script, you have to understand that it might sound awfully forced and unnatural.

As a matter of fact, it’s possible to read 240 words in a minute.

That means you sign up to play a game of luck on how your audience will think about the video.

However, it’s absolutely within your rights to choose how your video will be.

We have handled explainer videos with a script of more than 300 and 400 words, so it’s entirely within possibility.

Other factors that affect an explainer video’s script length:

1. Type of the script: dialogue or monologue?

Unlike monologue voiceovers, which are basically a conceptual narration of a product in an explainer video, dialogues must sound as natural as possible to give the audience the impression that such a situation is likely to happen in their lives.

2. Purpose of the Video

Let’s take a step back and look at a wider scope of video content, in this case, a product commercial.

The pace and voiceover (if there is one) in an advertising video you see on television tend to be at a faster pace.

This is to induce more hype and overwhelm the audience with excitement and anticipation for the product.

Explainer videos, on the other hand, are more communicative in conveying information about related products to the audience.

Such videos are usually used by startups and small businesses that carry new/foreign concepts in products or services.

Overall, a script that’s written to be an explainer video generally turns out longer than those tv spot ads. Those tv spots are usually about 30-seconds long or shorter.

It’s not necessarily because there are more words in an explainer video script compared to commercials.

It’s because the voiceover in an explainer video reads a script in a communicative way.

This is to let the information sink into the audience’s mind before they’re presented with another round of it.

For a better understanding, watch an example of our explainer video:

Unlike a commercial that aims to emotionally prepare and hype the market for an upcoming product, the use of an explainer video is beneficial for delivering the most out of an idea for decisive events such as fundraising campaigns and presentations.

That’s why 73% of B2B companies confirm that explainer videos have positive impacts on their businesses.

In addition to the type or format of the voiceover (monologue or dialogue) and the video genre that’s being narrated (infomercial/teaser or explainer), the language in which a voiceover is spoken is also a factor in the overall script duration.

English, for one, is a moderate language with average spoken speed (still varies from one accent to another) with low information density.

According to a test by The Lingua File, the fastest European language is Spanish, while the slowest is German.

Other than the three non-visual aspects mentioned above, visual factors such as screencast tutorials can also affect the length of a video script.

This is because the video’s voiceover has to adjust its speed to the screencast pace.

Take a look at one of our screencast videos:

Though it’s not the most decisive aspect when it comes to deciding how long your script will be, it’s worth considering.

Best Practices for Recording Voice Over

The easiest yet most accurate way to get a rough estimation of the duration of your script is by reading it yourself aloud.

You will be surprised by the difference in duration between reading it silently and aloud.

Most smartphones also have a voice-recording app out of the box; if not, you can download one of them for free at the App Store/Play Store.

Check out AudioRecorder. This app has a smart interface and is user-friendly so that every voice over actor can record easily, quickly, and without making big blunders.

Obviously, there are some pauses and emphases for certain scenes to make the desired impact on the audience who (later) watches the video. It also helps if the video has a learning purpose.

That’s why you should mark the words, phrases, or sentences you want to emphasize: these are usually the slogan, catchphrase, key functions, or tagline of your product or company.

While you’re at that, try to read it and apply those emphases you just marked down to see if things sound right when you say it aloud.

A voiceover is the other half of the video’s visual aspect. They work in harmony with each other.

The voiceover explains what might be overlooked in the visual, and the visual shows what the voiceover can’t quite deliver with words alone.

For what it’s worth, Bruce Barton said that the best way to write copy is by jotting it down on a piece of paper (he was long before the era of computers), then rewriting it again, taking half of the unnecessary content out.

Rinse and repeat, and you will get the core idea of your copy in a sentence or two.

The average speed for our voiceovers is 2.5 WPS (words per second), which equals 150 words per minute (wpm).

When reading at a slower pace, a voice actor can read 120 wpm, and when he or she reads more quickly the script can have up to 200 wpm (script words per minute).

Anyway, take a look at the summaries with the video version below:

What do you think? How many words should be in a minute video?