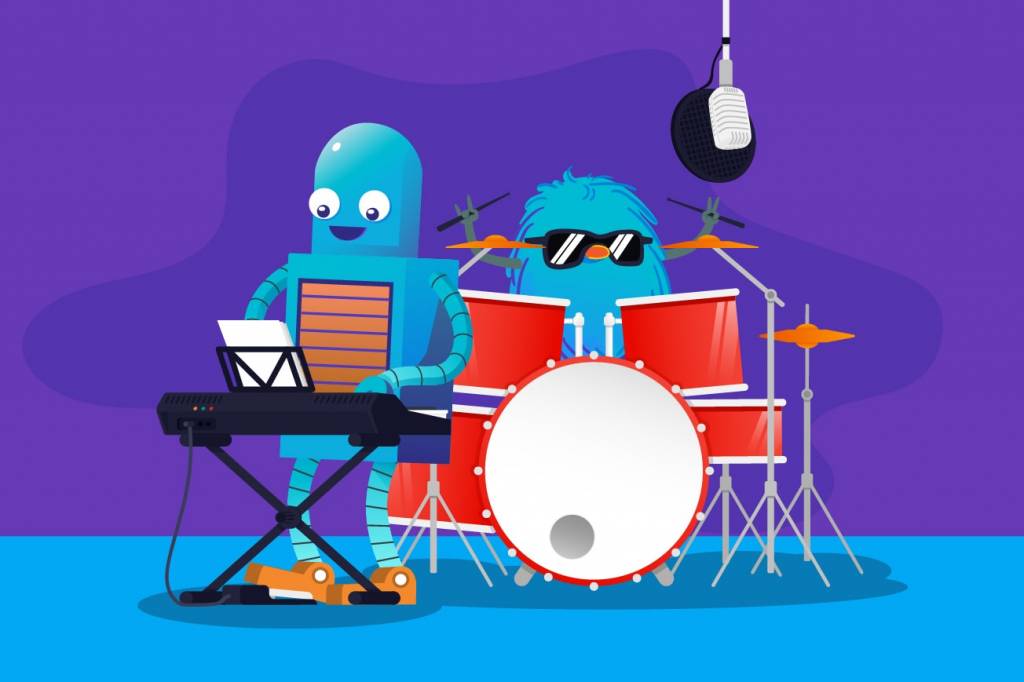 Everyone wants to create excellent explainer videos — the kind that educates and entertains thousands of people.

But these videos often devolve into cardboard cutouts instead of interesting presentations. They may explain a concept, but it’s not particularly engaging.

The first reaction is to blame the script. “Where’s the humor? Where’s the story?”

The truth is you can’t lay everything at the script writer’s feet. More often than not, the script is fine.

It’s the music that is lacking.

Yes. Music or audio elements in an explainer video is just as important as visuals.

Why Music Matters for Explainer Videos?

Music adds more colors to explainer videos. It can turn a monotonous video to a more interesting and attractive series of moving pictures. Music could also change the feel and pace of a video.

For example, adding powerful and fast-paced background music would help to make the video more lively. This writing will give you some insights into explainer video music.

Make sure that you have the rights to download and use it before moving forward. This is a way to support the creators.

There are two kinds of music when we relate it to the licensing model: royalty and royalty-free music.

Royalty is payments made by one party to another for using the copyrighted materials. In other words, we have to pay some amount of money in order to use the music we find legally.

In this case, the owner of copyrighted music can be the composer, songwriter, or the recording company.

Royalty-free is the right to use copyrighted material or intellectual property without having to pay royalties to the copyright owner. Payment is only made once as a purchasing fee — It’s that simple.

You can find royalty free music in an open online library.

Instead of using copyrighted royalty music for your explainer, using a royalty-free track is a great option. So, we don’t have to deal with copyright and use it freely without having to pay royalties and give credit to anyone.

While using custom music and sound effects specifically for your explainer video is quite prestigious and show how dedicated you are in building your brand, it will certainly eat your budget.

Their website features all track including full song, loop sets, and short clips of various length (15 sec, 30 sec, and 60 sec) that are categorized neatly to make everything easy to search, find and buy.

Audiojungle prices start at $10 depending on how much the artists charge for their work. With this price range, AudioJungle is recommended for an independent project.

There are thousands of creative musicians who choose to put up their music product on AudioJungle, making music selection process for your corporate explainer video projects easier.

You can find both audio tracks and sound effects (SFX) with good quality at Audiojungle. Some audio tracks are made for looping, which means a 2-minute track could be repeated for 10 minutes without any noticeable gaps.

Most of IBAudio’s music is cut down into edits, ideal for video production. IBAudio provides a source of comprehensive licensing system that is perfect for use on all social media platforms.

Certain genres work better for explainer videos than others, and choosing the wrong sound will derail your entire video. This is easier said than done, which is why so many explainer videos turn out to be uninteresting.

To make sure you pick music that enhances your message and keeps people watching, here’s a review of four music genres that work great for explainer videos.

SaaS companies love explainer videos. Since the software isn’t a tangible thing, you need to explain how it works so people understand it — and want to buy it.

SaaS explainer videos often cover complex topics, so the background music needs to keep things interesting without grabbing the spotlight away from what’s being explained.

There’s a variety of music genres that could play this role, but the tech industry has fallen in love with lofi electronic music. The bleeps and bloops of the keyboard make everything feel just space-age enough, while the patter of the drum machine keeps the tempo from dragging.

Hubspot’s video on AI epitomizes this use case:

Artificial intelligence is a heady topic, and the six-minute run time of this video shows Hubspot is serious about explaining it.

The synth keyboard bubbles along in the background as the narrator move from the history of AI to its place in modern life. The music is relaxed, which makes a supremely complex topic feel accessible without making it feel corporate or boring.

This is the blueprint that most SaaS companies use in their explainer videos, and the approach just isn’t the same without that laid back electronic music.

At first glance, jazz might seem like an odd choice for this type of video. But this eclectic genre is used all the time in advertisements, so there’s no reason it can’t work here too.

Like any kind of music, it all depends on the context.

A jazz trio might be the perfect injection of energy for a short explainer that’s most concerned with grabbing the audience’s attention.

On the other hand, something on the cooler side, like a solo trumpet or discrete bassline, might work better as background support for a slower-paced video.

This is big band jazz at its loudest. When it launched, Spotify was huge news. But the news was pretty simple, so there’s not much explaining going on in the video.

But when the text does appear on the screen it’s in perfect harmony with the music for maximum impact.

With this style of jazz music, the explainer video simply becomes more interesting than whatever else is happening for the audience. So they watch and learn about Spotify.

Inspiring music is more of a mood than a genre, but I’ve included it because it’s something you’ll find all the time in explainer videos.

The sound is a mix between a pop ballad, a soul tune, and an epic music score. Songs typically open with a single, distinct sound and then build to encompass a broader range of instruments and vocals.

The tone is comforting, rather than overly epic.

If it sounds dramatic, that’s because it is. Inspiring music works best when it’s paired with explainer videos that start with a problem and transition to a solution.

Here’s an example from Nike:

Nike is well known for its inspirational video campaigns by conveying a strong message that leaves a lasting impact on its viewers.

In this video, they use inspiring background music to match empowering scenes on the video. It is a motivational and inspirational track featuring fast tempo and orchestral strings.

The tempo gradually gets faster as the video leads the viewer toward one final climax. This way, they can easily connect with the message and retain them for a long period of time hassle-free.

This problem/solution arc is a more dramatic take on explainer videos, but with the right music, it can be very effective. After all, people love a story with a satisfying resolution.

Over the last decade, indie rock and pop music have become more than just acquaintances. The lines have blurred between the two genres, and they’ve grown into something like collaborators.

Like water down a mountain, this trend has found its way to explainer videos as well. Check out this Pinterest video from the early days of the platform:

At 90 seconds, this animated video isn’t too long, so the music needs to keep pace. That makes it too fast for lo-fi electronica or inspiring music. (Plus the subject matter just isn’t that dramatic.)

The guitar and handclap combo keep the tempo at a nice medium as the animation breezes through the history of scrapbooking and ties it to the idea behind Pinterest.

Indie pop is a broad genre, but the guitar-heavy variation typically works best for explainers videos, because it makes everything a little less corporate and a little more inviting, like a professor teaching class outside on the lawn.

The difference is subtle but powerful. In a world full of corporate explainer videos without any soul, a little dose of an acoustic guitar can go a long way.

You could say the same thing about all of the genres we’ve covered in this article. Even well-written explainer videos could be viewed as boring without the right music.

The genres covered in this article aren’t a reflection of my personal tastes; they’re examples of music that’s effective at helping marketers convey messages. If you’re making an explainer video and you’re worried about your soundtrack, try one of those four categories on for size or maybe just call a white label video service.

Using music on an explainer clip for web advertising purposes can be very complicated, incorrect usage of background music and wrong selection of track will reduce its value.

Even an experienced audio engineer can have a difficult time creating the perfect mix of sounds in a video.

Note this: explainer videos are made to promote your business as well as their products or services. Everything should be built to make the message you want delivered through the script stand out more, including the songs.

Think of an animated explainer video as a set of machinery that works together as one — the main story to build the rhythm, the visual design and voice over to help explain the story, value proposition to pitch your sales,  and ultimately call to action to get people onboard.

The most important of all is the voice over — it’s the component that works best in explaining how an app, product, or service.

For an explainer, make sure the music’s volume does not conflict with the voice over volume — don’t mistake an explainer for a music video.

Voice over is the most important sound element on your animated video. Keep the volume of your background music and sound low, but enough to add some flares and mood to the video.

Do not overuse music and sound effects on explainer videos.

Take a look at the example below that shows how music should be a great complement to explainer video visuals without distracting the viewers and hurt their viewing experience.